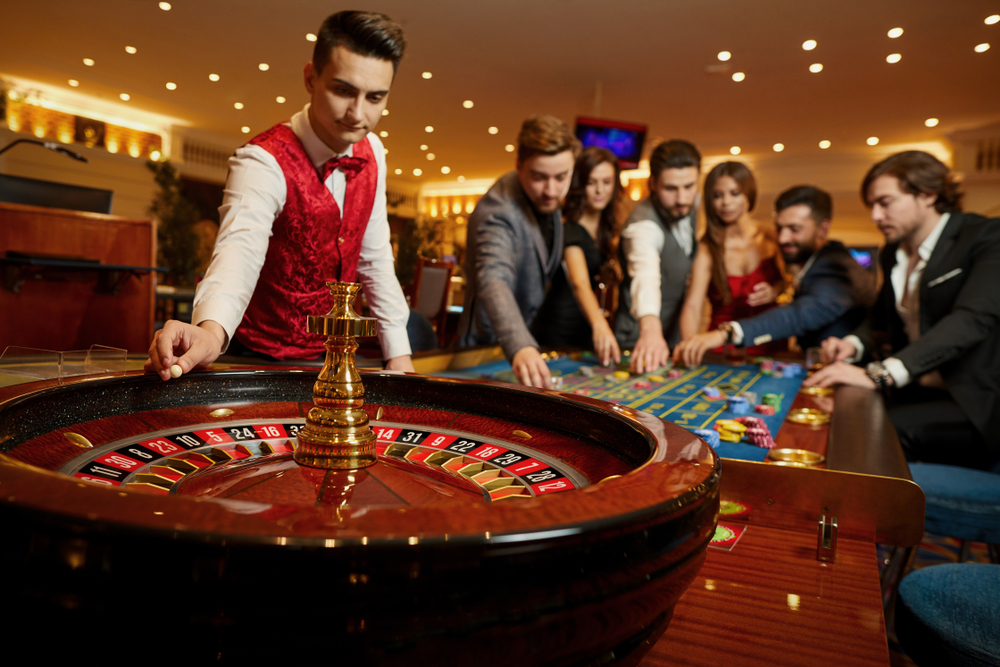 Everyone’s seen a Roulette table. It’s a beautiful thing — a smooth 360º wooden arc, a perimeter that slopes down to numbered slots. Roulette is the quintessential casino prop…now, how on earth do you play it?

But first, there’s some interesting history behind this game.

It was invented in the 1650s by a Frenchman named Blaise Pascal. Yes, that Pascal. When he wasn’t busy writing foundational philosophical treatises, developing modern geometry, blazing new trails in physics, and inventing the theory of probability, it appears he was quite busy building all manner of things.

But frontmost on his list? A perpetual motion machine.

Physics tells us that perpetual motion machines are impossible, but Pascal tried anyway. What he came up with was the Roulette wheel. He made the wheel, which eventually became a favorite casino game and remained unchanged until 1842 when Lois and Francois Blanc added a single zero to it.

The reason behind this was that King Charles III of Monaco was having some financial troubles. The Roulette wheel was bringing in plenty of money, but adding a zero helped the house have a bigger advantage — and helped them cope with their money worries.

Roulette hit American shores in the 1800s as well, where a double zero was added to give the house yet more advantage. It remains this way today: a wheel with 38 numbers, consisting of 0, 00, and 1 through 36.

How to Play Roulette

Though its rules are relatively simple, there’s a surprising amount of complexity available to dive into. The croupier drops a small white ball into the spinning wheel, allowing it to land on one of the numbers. Bets on where the ball will land are placed on the table.

Now we’ll cover some of the more detailed rules that will make you proficient at Roulette. First, familiarize yourself with “inside” bets. These are bets you can place on specific numbers in various ways, including:

Next, get familiar with “outside” bets. These include:

Understand your odds at Roulette. The house always has an advantage — in games with a double zero, the house advantage is around 5.26%. Also, remember that every time the ball is dropped, it has an equal chance of landing on each number.

The Roulette table will display a placard with minimum/maximum bets. Choose a table of your liking and give your chips to the dealer. You’re betting on the next round — and as soon as the dealer announces “No more bets,” you can’t adjust your bet any further.

When you place your bets, put chips on the corresponding pockets on the game table. The rules are simple: you bet, the ball lands, and you take your winnings or forfeit your losses. There is no strategy to Roulette besides understanding odds — the ball’s final resting spot is random.

The following are some commonly used terms in Roulette:

There are plenty of table games of chance out there. But Roulette does it with such style, such timeless grace and elegance, that it has survived several fad-filtering centuries. Plus, it’s so fun you might just want to buy one for your house.

And then there’s the fact that it was invented by one of the most gifted scientists and thinkers of all time. Not every casino game can make that claim!

So get some chips and have fun.

Visitors of Resorts World New York City are welcome to enjoy a game of Roulette (and more) in its electronic version. Same level of excitement guaranteed!