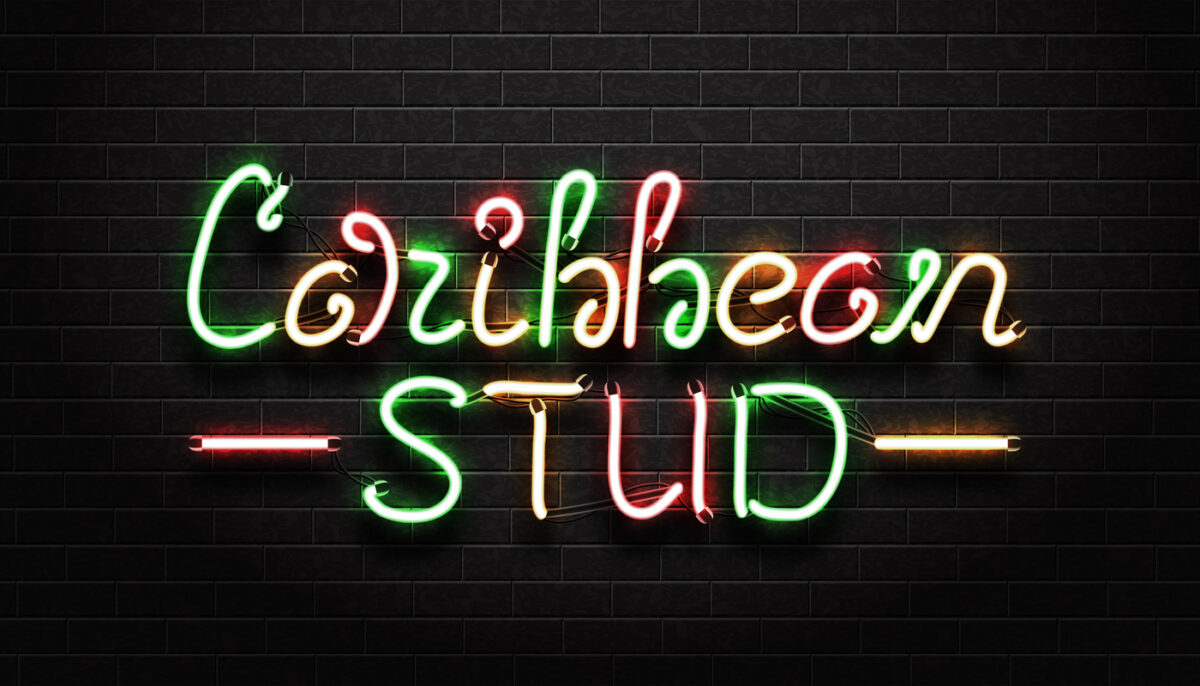 When you think about getting together with friends to play cards, a number of games might come to mind: Texas Hold’em, Craps, Baccarat, Blackjack, Pai Gow Poker, just to name a few. But if you’re talking about a card game where players gamble and bet, there’s only one game that you think of: poker.

History of the Game

The origins of poker are shrouded in the past. Some say the roots of the game can be traced back more than 1,000 years to a domino card game played by a Chinese emperor. Others believe it came from a 16th-century Persian game called “As Nas.” The closest European connection is likely a game called Poque, which was popular in France about 400 years ago.

Whatever the case, poker is now the most popular card game in the world. So it’s no surprise that you can find poker in every casino around the globe.

What are the origins of Caribbean Stud Poker? It was surely developed to attract more poker fans to the tables, but the creation of the game isn’t well documented. A professional poker player named David Sklansky has laid claim to the game, saying that he came up with it around 1982. However, his game differed from the Caribbean stud poker that is played at casinos today. It was first played at the King International Casino in Aruba, where the current rules were developed.

Caribbean Stud is one of the easiest and simplest versions of poker to play. And unlike many other poker games, players play exclusively against the house, not one another.

Each player is dealt five cards face down, and the dealer also gets five cards, with one face up. But before each player receives their cards, they must place a bet, called the “ante bet,” or just the “ante.” After the player looks at their hand, they have to decide whether to fold or play. If they choose to play, they must make another bet — the raise — that’s exactly double the ante. If they fold, they lose their ante.

Once all the players have either folded or raised, the dealer reveals their hand to see if it’s a qualifying hand. They must have at least Ace-King high to qualify. If they don’t, all the players still in the hand win their bets.

If the dealer has a qualifying hand, it is compared to each player’s hands to see who wins. Each player that wins is paid 1 to 1 on the ante bet. How much a player is paid on the raise bet depends on how big their hand is. If the dealer wins, they take both bets (the ante and the raise).

A player can also make a bonus bet in Caribbean Stud. Most casinos have a progressive jackpot that pays out 100% when a player gets a royal flush. Betting the bonus makes a player eligible for the jackpot and also pays out a percentage on other premium hands, usually straight or better. The payouts on the side and raise bets vary depending on the casino. These rates are usually posted somewhere near the table.

In order to know whether to raise or fold, it’s important to know the rankings of poker hands — that is, how strong of a hand you’re holding.

Here are the rankings, from highest to lowest:

Although the players at a Caribbean stud table aren’t playing against one another, they shouldn’t show other players their hands. While the dealer may tolerate it if it happens once or twice, they will likely say something if players do this regularly.

Some of the terms already discussed are the common terms used in just about any poker game. “Ante” is the original bet, and “raise” is the second bet. To “fold” means that you remove yourself from play because you don’t have a strong enough hand to place a raise bet.

It’s also good to commit to memory the names of the ten poker hands listed above. Any experienced poker player knows these by heart. Not only will this give you a bit of an edge because you know where your hand falls in the poker hierarchy, but it also makes you sound like you know what you’re doing when you throw the terms around like you’ve been using them your whole life!

As already mentioned, one thing that makes Caribbean Stud different is that players are playing only against the dealer. So it’s not uncommon to see players around the table actually cheer for others when they win. This is because the success or failure of a player doesn’t affect the outcome for any other player.

Even if you’re not an experienced poker player, you can have a ton of fun playing Caribbean Stud Poker. Since some of the elements of other poker games aren’t included — such as discarding, getting new cards, and bluffing — you can simply focus on your original ante, raise, and have a good time with the other players at the table. So learn your poker hands and pull up a chair! Spend some time at the Caribbean Stud Poker table, and you may just go home with some extra money in your pocket!

Visitors of Resorts World New York City are welcome to enjoy a game of Caribbean Stud Poker (and more) in its electronic version. Same level of excitement guaranteed!